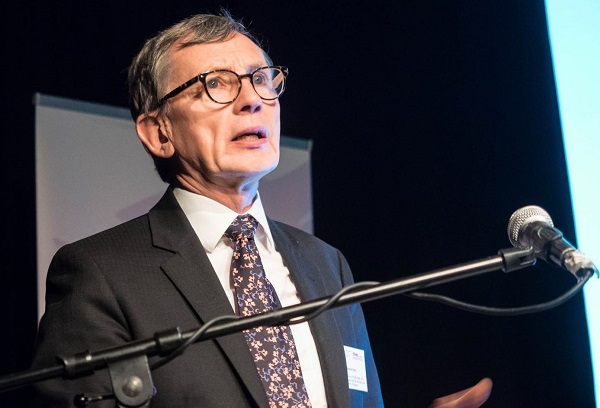 Gabriel Scally was born and brought up in Belfast. He is currently President of the Epidemiology and Public Health section of the Royal Society of Medicine, and is Chair of the Soil Association.

Gabriel studied medicine at The Queen’s University of Belfast. He specialised in general practice and subsequently public health. From 1989-93 he was Chief Administrative Medical Officer and Director of Public Health for the Eastern Health and Social Services Board in Northern Ireland. Among his achievements in Northern Ireland was the establishment of the Brook Advisory young people’s sexual health service in the face of substantial opposition.

From 1993 until 2012 he was a Regional Director of Public Health in England. For most of this time he worked in the NHS and Department of Health covering the South West of England. During that time Dr Scally dealt with several high profile clinical service failures including breast screening in Exeter, pathology in Swindon, and led the NHS review of the commissioning of care and treatment for patients at Winterbourne View where patients were seriously abused. Dr Scally has assisted the Northern Ireland Inquiry into Hyponatraemia Related Death as both an expert witness and as an advisor to the Chair, Justice O’Hara, in the preparation of his report which was published in January 2018.

Dr Scally is currently visiting Professor of Public Health at both the University of the West of England (UWE) and the University of Bristol. His most recent academic role was as Director the World Health Organization Collaborating Centre on Healthy Urban Environments at the UWE. He currently jointly leads a Wellcome Trust funded research project into the current importance attached to health considerations in the planning of urban settlements.